When built right, walls work. The entire world knows this. Protect Americans from foreign invaders!  The Democrat Pary and Establishment (same thing) are in cahoots with foreigners who seek lawless entry. 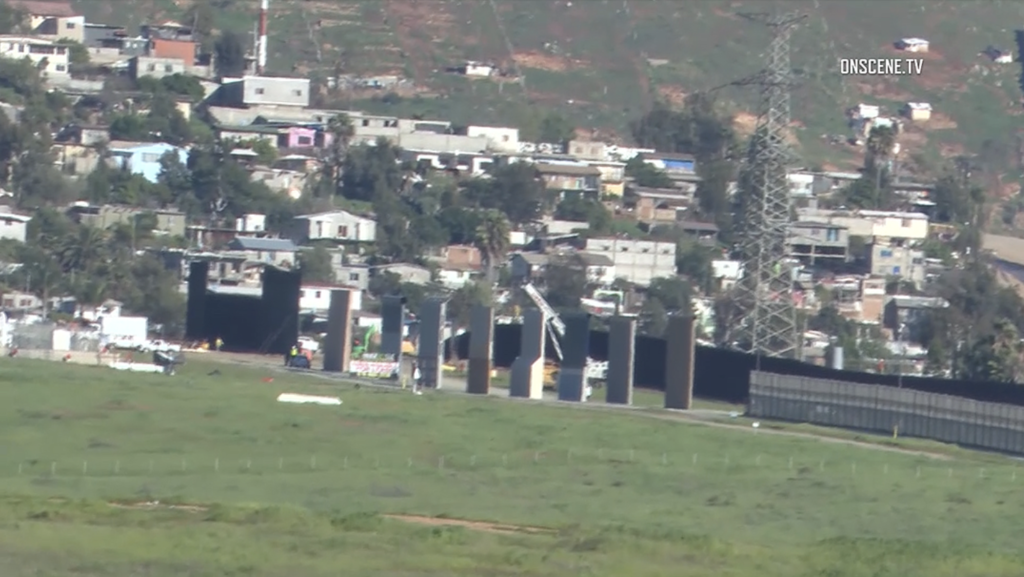 SAN DIEGO (AP) — Construction has begun on the fifth border wall project of Donald Trump’s presidency, replacing up to 14 miles of barrier in San Diego.

U.S. Customs and Border Protection said Tuesday that the first panels are in place to replace a steel-mesh fence with steel bollards up to 30 feet high. SLSCO Ltd. of Galveston, Texas, was awarded the $101 million contract in December.

It is the second layer of barrier in San Diego. Work on replacing the first layer is nearly complete, which is also 14 miles long and made of steel bollards up to 30 feet high. READ MORE