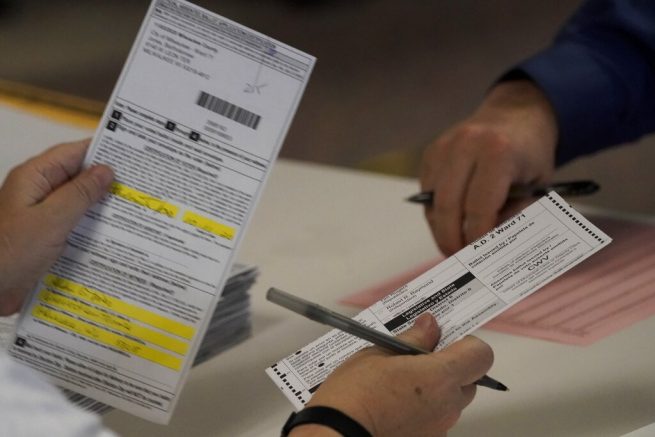 President Trump is pointing to the latest evidence of an illegal ballot-dump in Wisconsin. In a tweet Wednesday, the President said Democrat Joe Biden received a major dump of more than 143,000 ballots on the night after the election.

He noted, the illegal dump took place in the early morning hours on November 4 when Democrats realized they were losing in the state. The 2020 Trump campaign is now mounting a legal challenge to prevent the certification of fraudulent election results in Wisconsin.

Look at this in Wisconsin! A day AFTER the election, Biden receives a dump of 143,379 votes at 3:42AM, when they learned he was losing badly. This is unbelievable! pic.twitter.com/nhiLMmyHBn

Karamo, who worked at Detroit’s TCF Center, also said election officials did not review signatures on ballots. She added, suspicious batches of ballots were delivered to the TCF Center at night and all of them went to Biden.

On Wednesday, the senator said the 2020 Trump campaign should check samples of 2,000 random votes for fraud and other irregularities. He added, this would allow officials to build a statistical model to prove rampant voter fraud in court.